Well, as eventful as it was, 2015 whizzed by like a speeding train.

In fact, my almost 5-year stint as a fulltime freelancer has gone by as if I was in a 100 metre dash.

And yeah, while I’m at it, my 18 or so years as a wordsmith in a creatively constipated industry now feels like a vividly twisted dream.

So here I am, awoken from what seemed like a pseudo-comatose state of mind – anxiously wondering where my career is headed as I approach my 40s.

But to be honest, it hasn’t been as delusional or convoluted as I’ve made it to be. Yes, putting 18 years of your heart, soul and neck into something ought to be paying dividends.

And it has, for the most part. 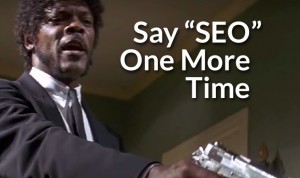 Strangely, something else has begun to happen over the last couple of years. I have found myself doing much less writing, while being thrust into situations where my overall know-how in marketing began to take the lead. I’ve gone from churning copy after copy after copy; to work on strategic, conceptual and the business side of marketing.

For a long time I thought I would be just generating content till the day I slump over my keyboard, or at best overseeing other lost souls churn out mindless garbage, and then set myself on fire on a pile of badly written client briefs while screaming “no more reeevissiooonnnsss!”.

Yes, people have mentioned I have a warped mind.

So, in essence, I am not just a copywriter anymore. I am somewhat in transition, or maybe I have already transitioned to become a marketing consultant of sorts. Don’t get me wrong, writing is still my first love, and I will continue to be a keyboard slave for a long time to come.

Maybe, just maybe it’s time I pursue my other writing interests. After all, no time to waste as 40 approaches in haste.

I’m one of those weird kind of copywriters. I don’t really read.

Well I do read a bit of non-fiction; but nothing specific, just what I happen to fancy when I’m in a bookstore or while browsing Amazon. When it comes to fiction though, I’m hopeless. The last novel I finished was probably a John Grisham in my teens. 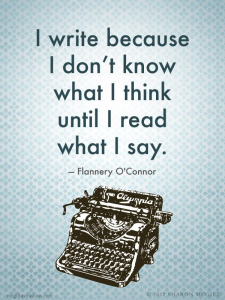 ... and sometimes I read what I say and don't like what I'm thinking...

Even watching my sister go through almost a dozen books a month when growing up didn’t rub-off on me. I’d rather sit on the rooftop of the house I grew up in listening to Tupac’s Me Against the World while admiring the surrounding greenery.

Despite my lack of reading, I ended up in the writing business. Most copywriters are or ought to be avid readers, and I’m pretty sure it helps them to become better wordsmiths. But me, I’m different, I tend to read the world that’s in front of me as opposed to blocking my view with a book.

There are beautiful stories playing out right in front of our eyes, no matter how inconspicuous.

I constantly take in the sights, sounds, atmosphere, ambiance and nuances of my surroundings, which in its own way has helped me become a better copywriter over the years.

How you ask? Some examples, if you will:

“I love advertising, because I love lying”.

It wasn’t me, I didn’t utter those words. I’m not as bold and brazen as veteran comedian Jerry Seinfeld; who when accepting an honorary Clio – one of the ad industry’s highest creative accolades – spoke with brutal honesty about advertising.

Though the acceptance speech was meant to be a satirical take on the industry, you could just feel the audience’s amused yet disturbed reaction. For me though, it was 4 minutes of ROFL… a must-watch if you haven’t already:

Yes, I admit it. In my 16 years as a copywriter, I’ve done my fair share of lying. They may not be outright lies, but by Mr. Seinfeld’s definition…

I have duped innocent people out of hard-earned earnings to buy useless, low-quality, misrepresented items and services.

Sounds terrible when you word it that way, doesn’t it? But in true advertising traditions, you could also say:

I convince innocent people with relevant, timely information so that they spend their hard-earned earnings wisely on products and services that deliver the best value.

Or maybe something slightly more client-friendly:

I help consumers make smart purchasing decisions with appealing, compelling and concise information that allows them to choose the products and services that best fit their lifestyle.

Essentially, all of the above versions say the same thing. It’s just the wordplay that took Mr. Seinfeld’s observations and spinned it to something more, well, acceptable.

But then again, there’s no substitute for honest, emotionally-driven, insightful communications that consumers will appreciate and eventually trust. If you ask me, that should be the only way to execute an ad campaign instead of the usual mumbo jumbo. 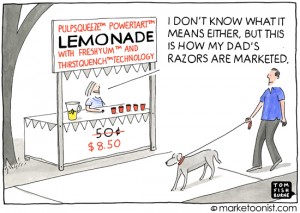 Thou shalt not lie in wait for customers... mislead them!

And to Mr. Seinfeld, we addies aren’t all that bad. We mostly just misdirect and sometimes hide the truth as opposed to blatantly lying to people’s faces.