I could probably get my ass kicked by fellow copywriters. But it is a risk I am willing to take. Clients take notice, because this is very important – never hire a copywriter to manage your Facebook page.

Because contrary to popular belief, we copywriters can’t write everything.

Okay. Let me rephrase that, we can’t write everything as well as it can be. Like myself, I am predominantly a direct response copywriter; ask me for a press release and I will struggle with writer’s constipation. 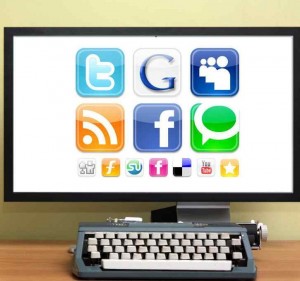 When it comes to social media however; the problem becomes even more obvious. Copywriters are trained at marketing speak; and anything the even seems remotely ‘marketing’ will probably be rejected by social citizens.

Use of the words like ‘free’, ‘exclusive’, ‘now’ and other forms of sell-speak is definitely not welcomed in Facebook.

A socially untrained copywriter commenting on behalf of a brand in Facebook is like that insurance agent friend who always wants to sell you a policy.

We usually avoid any kind of marketing or selling in our social space; as in Facebook.

The kind of writer you want managing Facebook comments is someone who is comfortable in cyberspace. Someone who knows the web lingos, keeps up with online trends and engages online audiences regularly.

It has to be someone who can ‘talk’ to audiences in their language. And not in some Oxford dictionary approved English.

Which means, this writer has to be able to make himself make mistakes. Likes little grammatical errors, occassionnal typos and also dabble in txt spk.

Managing a Facebook page is all about being honest, friendly and more often than not; amateurish.

In other words –  now anyone can write copy! Errr… I take that back.

Even Amazon – one of the world’s largest web retailers – is using an age-old direct marketing technique to sell on its homepage; the humble sales letter.

Most people think direct marketing is junk mail, especially the letter, who the hell would want to read a boring, wordy letter?

Then why would Amazon post-up a sales letter – the longest one I’ve seen online – right in the middle of its homepage?

No, the people at Amazon have not gone nuts.

They just know that if you want to sell, then there is no other marketing discipline that works harder, more effectively and for a fraction of the cost than direct marketing.

In this case a piece of eloquently written letter signed by Jeff Bezos, carefully targeted to those who’ve previously bought books at Amazon (I think), promoting the new Kindle Fire.

I think this is a brilliant demonstration of how direct marketing – via a single sales letter – can still work online amidst far aesthetically superior interactive communication methods.

Right smack in the middle of the homepage... a letter!

A few of my observations:

So DM detractors of the world, if Amazon’s letter-based sales pitch is anything to go by, then direct marketing still rules.

Advertisers in Malaysia spent RM5.9 Billion in 2009. That’s an increase of almost half a Billion from 2008, which was at RM5.5 Billion. Advertising spend is perceived to be a strong indicator of a nation’s economy.

Well that’s what the Malaysian Advertisers are spending, but are the consumers buying? It’s hard to tell really, because sales figures are closely guarded secrets, so there’s no way of knowing for sure. But for discussion’s sake, let’s say that we’ve managed to make people spend money they don’t have on things they don’t need quite admirably in 2009.

Think about it. Almost RM6 Billion. That’s a six followed by 9 zeros – 6,000,000,000! And why are advertisers spending such insane amounts of money? Essentially, it is in hope that consumers return the favour. Yes, so that consumers consume more and ‘invest’ in products and services perceived to be of better quality.

RM6 Billion spent on Media by advertisers in Malaysia in 2009

Please note that the above figures are only Ad spend on Media. Meaning creative cost not included.

So how much do you think all the agencies in Malaysia charged their clients for creative work in 2009? Definitely not RM6 Billion I’m sure. And I wonder how handsomely my fellow creative workers have been compensated last year? Well, if all the money is spent on media, what left the agencies?

Maybe because spending on good creative and strategies were so little, it didn’t even merit a mention. I guess it’s the norm. The middlemen get the dough, while the fishermen get peanuts. And they complain there’s not enough creative talent to go around!

I want to look for a job in media.